For the last 26 years, Bob Kopel worked as the groundskeeper on St. Clement’s Island in Coltons Point, MD. He is now 85 years old and only recently retired. He was paid a small fee to cut 10 acres of grass, May-October, for 26 years. But Kopel didn’t do it for the money; he had a passion for the island and for Southern Maryland that started when he was just a child. 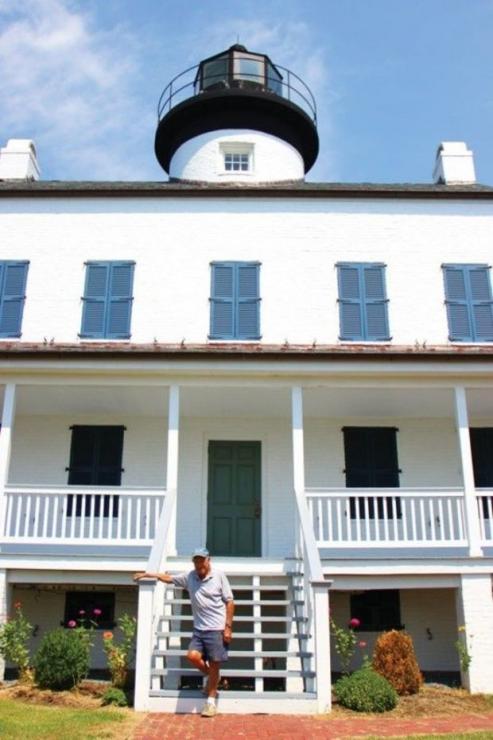 In the 1920s, the Kopel family operated Kopel Point Hotel in Coltons Point until the Chesapeake-Potomac Hurricane of 1933 destroyed the property and sent the family back to Washington, DC, their native city. But the lure of Southern Maryland soon brought Kopel and his brother Carl back to the Point almost every weekend. It was on one of those trips that he decided to try his hand at the seafood business. The Banagan & Kopel Seafood Co. was formed by 16-year-old Kopel and his friend Jim Banagan.

“Needless to say we had a lot of fun, made very little profit, and learned how to run an unsuccessful business,” recalls Kopel fondly. In 1945, Kopel’s father bought the one-acre creek property he now lives on for just $75. They built a house on the property in 1956, and in 1959 the family started Kopel’s Marine in Coltons Point.

Growing up just across the Potomac from St. Clement’s Island, Kopel developed a fondness for it at an early age. He first visited its shores when he was just a toddler, but the land has changed a lot since then. “I can remember a sandbar on the tip of the island going out at least a hundred more feet. You could walk all the way to the end and never get your feet wet.” That sandbar has since completely disappeared, and the island itself has shrunk tremendously; today it is comprised of only about 40 acres. In 1634 it measured 455 acres when the ships the Ark and the Dove first landed on its shores (making it the official birthplace of Maryland). 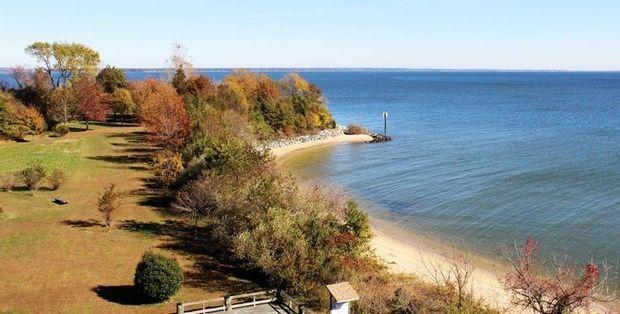 Kopel began his tenure on the island in 1990 at the age of 59. And while he was not paid a great deal for his services, he admits that the money was never an issue for him. “For the amount they paid me, I could drink that much in beer, and I don’t even like beer. I did it because I love the island. They asked me ‘Why are you cutting so much grass?’ I was cutting twice as much as they paid me for. But what made me work so hard was when I would hear people on the mainland tell me how great the island looked. I felt such pride in that. And if someone didn’t maintain it, it would have disappeared that much faster.”

Over the years, St. Clement’s began to look more and more like a real park and its popularity with visitors began to grow. Kopel continued to cut more grass than he was supposed to; rip-rap was placed around areas of the island more prone to erosion, and in 1993 400 trees were planted by volunteers. That project was made possible through the combined efforts of The Optimist Club of the Seventh District, Chesapeake Bay Trust, and the St. Clement’s Hundred (a non-profit group dedicated to the preservation of St. Clement’s Island); the goal being “to restore ‘the great forests’ that Father Andrew White recorded upon landing on this site in March of 1634.”

In 2008, the replica Blackistone Lighthouse was completed (the original structure burned down in 1956) through the combined efforts of several volunteer organizations, as well as St. Mary’s County, and the State of Maryland. That is when Mike Hutson, now the vice president of the St. Clement’s Hundred, first met Kopel and began working towards the island’s restoration. 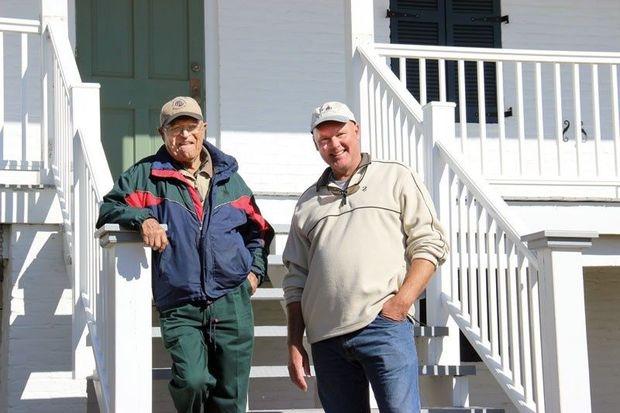 Last year, The St. Clement’s Hundred decided to construct a new maintenance building on the island that would be dedicated to Kopel for his many years of service. Kopel drew up the plans to scale for what he envisioned the building should look like, and the work officially began on November 10, 2015.

975 80-pound bags of cement had to be moved in by four guys in just two days, but where there’s a will, there’s a way. The building was completed and dedicated to Kopel in May of this year. The project was made possible on the backs of volunteers, with strictly donated money. Hutson served as the volunteer supervisor for the project and was the real driving force in making sure it was brought to fruition.

“The more I got involved and the more I worked with Bob (Kopel) and saw all the challenges he faced, it gave me the passion to make it better for everyone.” 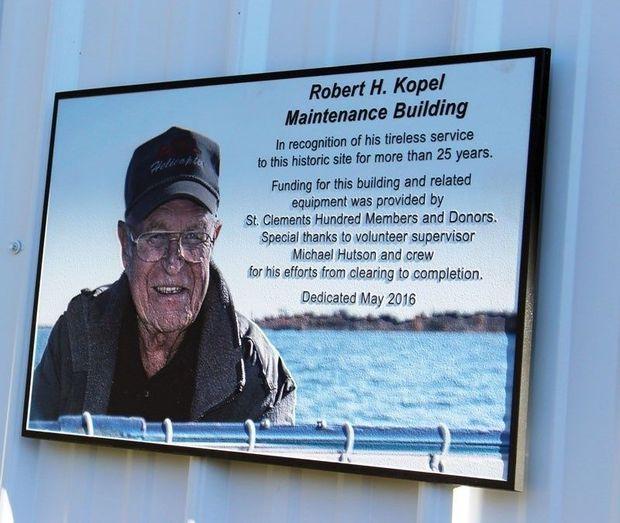 I was able to spend a sunny fall day on the island with both Mike and Bob, exactly one year after the groundbreaking for the new maintenance building. It’s not hard to see the passion both of these men have for this small piece of land that is unfortunately disappearing more and more each year.

At 85, Bob is as spry as ever. He even took me up to the top of the lighthouse (traversing the spiral staircase and ladder to the top with ease) so that I could take in the views of the fall foliage. From the top of Blackistone Light he pointed out his house just across the Potomac.

After taking the boat back to the mainland, Bob was off to work on his next project: constructing a float for the Leonardtown Veterans Day Parade. So while he may be retired, he’s clearly not slowing down anytime soon. And he continues to make trips out to St. Clement’s whenever he can.

“I was practically born on the island. It’s part of my life to come over here. In the end I like to know that I contributed something to this place.” Now that Bob is retired, the island will need a new generation of passionate people, dedicated to its preservation. 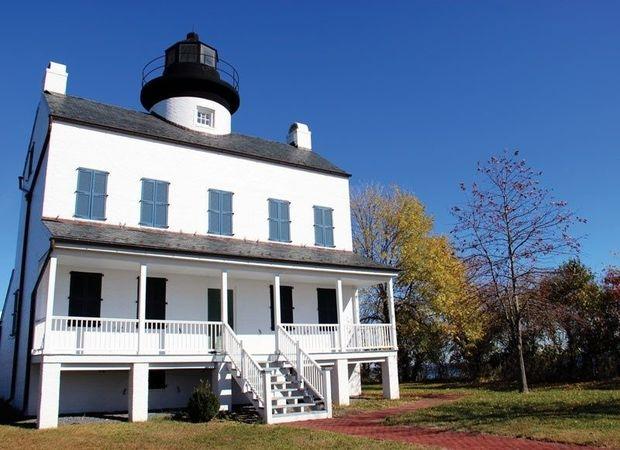